One of the core components of any app, be it web or mobile, is navigation/routing. It’s the basis of how a user interacts with your app. It comes in many flavors but at it’s core a user is still navigating throughout the app.

So, when tasked with starting a new React Native app you’ll likely want to know what the right routing solution is for you… you might feel overwhelmed when trying to decide between the various options. 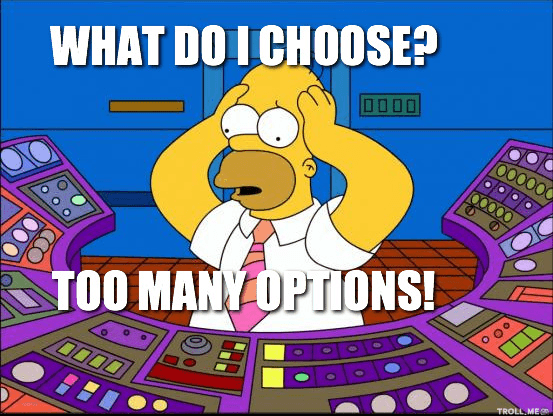 I recently started a new project and researched a few of the different navigation options currently on the field for React Native.

With the desires of our router outlined let’s jump into the four routers I identified as possible solutions.

I’ve used this navigator in the past and am aware of it’s future (at least my interpretation of it) which basically ruled it out for me from the start (see cons). You can read the docs here.

You can find an example of how Navigator can be used in the UIExplorer here: https://github.com/facebook/react-native/tree/master/Examples/UIExplorer/Navigator

I’ve used this navigator prior and it was a good experience. I think the pain points I experienced where purely a result of how I set up my routes. You can view the docs here.

This is intended to be the replacement for Navigator and, based on my understanding/research, is what Facebook is transitioning to in their apps. I haven’t used this before (mostly because of how new it is). You can read the spec/outline/docs here. As of the time of this writing I can’t find any docs for it in the React Native Repo

The UIExplorer in the React Native repo has an example setup. https://github.com/facebook/react-native/tree/master/Examples/UIExplorer/NavigationExperimental

This is another router that I personally haven’t used in an app. You can read the docs for it here. As a note, I did find this one later in my search and I was already pretty confident in my decision.

I have to admit that I may be a bit bias here because I’ve followed this router for a little while and wanted to give it a shot. The docs exists here.

You can find an example app here: https://github.com/aksonov/react-native-router-flux/tree/master/Example

Here are a few resources I found helpful when doing my research and making my decision.

I hope you found this beneficial! Each router has its own strengths and weaknesses. I also wanted to take a moment to thank all of those who contribute to open source and put together these incredible packages!