This is an adaptation of a talk I recently did at NashReact. You can view the slides in their entirety on SlideShare.

You’re bound to ask the question — “which navigator do I use?”. 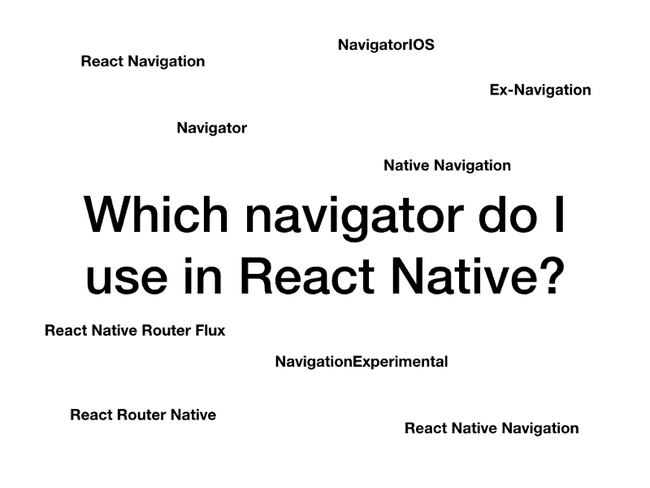 Those were only the first few I could think of — no doubt that there are more! So, why is it like this?

You can break all navigation solutions for React Native into two categories — JavaScript and Native.

Native navigators are navigators written in the platform’ss native language (typically Objective-C or Java) and are exposed to React Native via a JavaScript API. The primary difference is that navigation is executed off of the JavaScript thread.

But Why so Many Options?

Totally valid question — it seems like two solutions would give, right? Not in JavaScript land! Let me give you a brief (personal) history lesson…

I started using React Native full-time very soon after it was open-sourced (within weeks). So I’ve tried quite a few navigation solutions in the products I’ve worked on. I’ll introduce you to the ones I used daily and had dozens of hours invested in:

When React Native first came out not a ton of people were using it, there was one navigation solution, and you pretty much did things in one way (because it was so new). NavigatorIOS worked beautifully in this world, until Android came along.

When we started working on Android support we switched to the Navigator component. It seemed like the most natural progression and was one of the official navigators. It wasn’t perfect though.

ExNavigation, to this day, has my favorite API of any navigator. It was easy to pick up and easy to use in my tutorials and courses. But, like everything, it wasn’t perfect. The project I was working needed more customized navigation solutions (designers 🙄😉)

NavigationExperimental was, as you can guess from the name, an experiment in building a more configurable navigation solution. It was confusing though — I used it for months and, honestly, don’t think I ever really got a grasp on it.

You may have noticed that the last two navigation solutions I used died off as a result of the same navigation library so, the undisputed champion of navigation in React Native is… 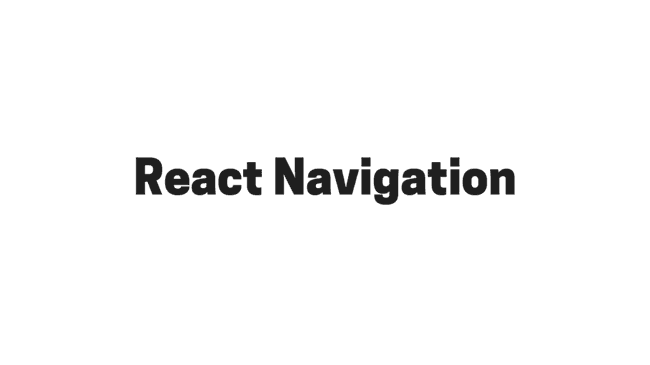 The reality is that all of those navigation solutions I showed you earlier still exist, and more. But I think I can help you make your decision easier…

“Why not X? It’s way better than those pieces of junk!” Everything has their pros and cons. These are the ones that I see having the most flexibility, greatest adoption, and continued support.

Also, I told you this was opinionated.

So, between these two navigators, which should you choose?

Before you start weighing the pros and cons of each of these solutions you’ll have to find out if you can actually choose between them.

Therefore, if you choose to build an app with either of those tools (which is how I build apps 90% of the time), you’ll be rocking React Navigation.

With that being said, if you start your React Native app via react-native init you can use React Navigation or React Native Navigation because you’ve got access to the native portions of your RN app (the ios/ and android/ directories). 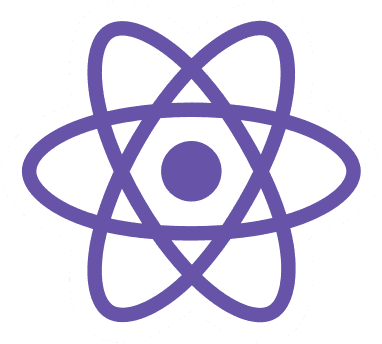 You can view a comparison of these two navigators by running either of the projects in this repo.

In conclusion: there are a lot of great navigation solutions out there but at the end of the day I would be looking at React Navigation or React Native Navigation for my navigation needs. They’re both great libraries.